Rod of Ruin is another card we cast aside in the early days, though in an alpha deck it feels a worthwhile include, hitting a lot of creatures I might care about. Its mana and activation costs are high enough to render the stick unplayable in traditional 93/94, but it's hard to argue with its aesthetic appeal in black borders. 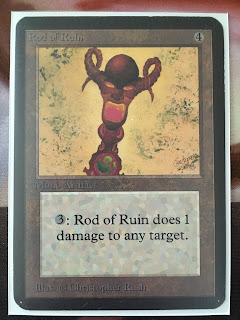 I've also added a few more Swamps (not really worthy of its own post) and at the time of this writing am up to 15 total cards for the alpha deck. I'm hoping to actually hit a playable 40 after the first six months of the year, which would leave me ample time for improvements, where possible. 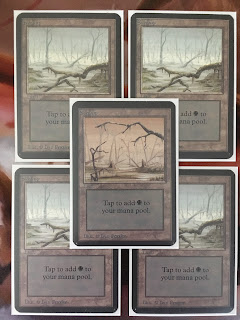