Ice Age Night September 13, 2019 Matt's basement, Hudson, OH Players: 4 Rounds: 3 (+Multiplayer Madness, +Finals) Mutilated ankles: 1 Three years later (present day)... ... I was out for blood. At Legionnaire Night V (Iron Chef) , I'd packed a five-color, graveyard-recursion themed concoction christened "One with Genesis" in hopes of synergizing my way through four grueling rounds of wit and attrition to take home one of two coveted Akron Legionnaire prize cards, our fifth such event. I even poured much time and effort into creating a Google Slides presentation to showcase my deck's intricate inner workings to the rest of the participants. I fell short. Annihilated by the field, routed in the creative vote... even despite my savvy visual presentation chops. In the days following the event, group discussions unfolded about what Legionnaire Night decks should and shouldn't be. Degrees of interaction, levels of casual, the presence of infinite combos, playing to
Post a Comment
Read more 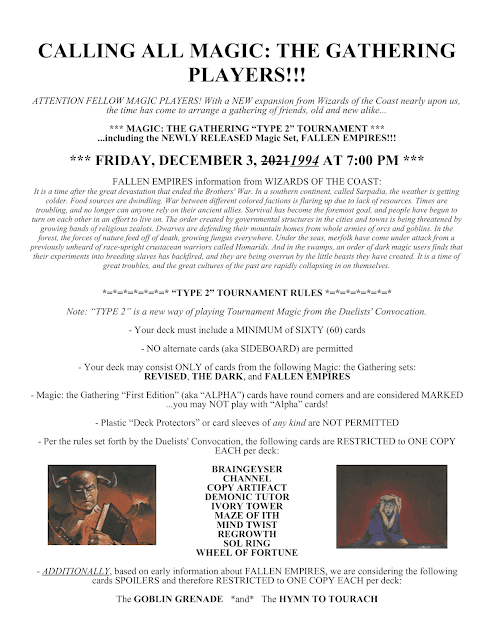 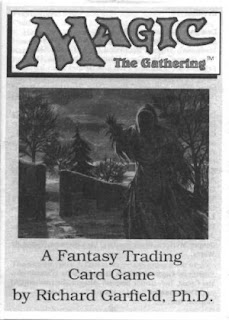